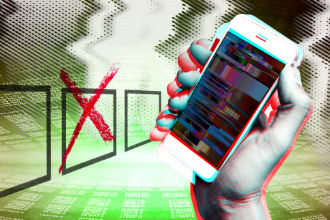 The Iowa Caucus results were, in every sense of the word, a disaster. But why would we be discussing them in this forum, and what do they have to do with the Long Island marketing? While we offer no opinion on the Caucus process or the candidates, we do have some things to say about technology gone bad.

All fingers point to the new app developed to collect results from precincts across the state as well as satellite locations across the country. The errors made during the development of the Iowa app should be lessons for every energy company looking to jump on the app bandwagon.

So, what were the errors in Iowa? Apparently there were flaws in the data reported by the app that might have been identified before launch, but because there was insufficient testing, the app was difficult to download and confusing to use, and the users weren’t provided with sufficient training, these flaws were never discovered.

Chances are, your company may be considering an app to increase customer engagement and make it easier to shop and communicate with you. There are many reasons to do so:

Many businesses will work with a local specialist that understands their market and can build an app to meet its requirements. Others will choose to work with a “consultant” who may appear to know a lot about apps, but little about the audience or the company. PriMedia develops custom apps for clients on Long Island and across the country, and has seen too many “consultants” make many of the mistakes that appear to have plagued the Iowa Caucus app.

Lesson #1: Your developer has to understand your users, or the app will not get traction

Not understanding the audience may have been the first issue in Iowa. While the precinct captains in college towns may have been eager to use an app, a majority of the older, rural chairs still had “the old flip cellphones.”[1] These users never even considered downloading the app, and were planning on using the back-up option of calling in (as they’d done in the past) as their first line of communication. If your customers are still using “old flip cellphones,” your app is going to be wasted. On the other hand, if your customer base is tech savvy, an app with the right features could be useful to them. Your app developer needs to know your local marketplace and your customers, and create an app that meets their needs and capabilities.

Lesson #2: Developers and consultants need to know your business before they can produce an app that works for your business.

Taking Lesson #1 a step further, your developers need to be knowledgeable about your business to create an app that makes your life easier, not more complicated. Terms and concepts that are commonly understood within your industry should not be foreign to them. Armed with this knowledge, your development company will be better able to provide the functionality you request, and recommend additional features and integrations. Consultants and developers not familiar with your industry, no matter how “big” they claim to be, are likely to deliver a generic substitute that over-promises and under-delivers, when what you need is something built for a very specific purpose. You are then stuck with an app that does not do what you need, and forces you to change the way your business works.

Lesson #3: App installation has to be easy, or customers will skip it.

Assuming your customers have smartphones, downloading the app should be a simple process. The apps in Iowa were not available for download from Google Play or the App Store. The developers used alternate systems for distribution, which required a complicated multi-step download. This was another barrier to use. We can understand the reasoning. Time was tight and getting an app on the official app platforms is time-consuming. Both the Android and Apple platforms have specific requirements for developers and publishers and require all apps to be reviewed and approved before being uploaded. We advise clients and friends who are looking for an app to confirm that their developers can create the features they need, have produced apps for both Google and Android systems, and can walk them through the registration process to get the app listed on the app store platforms. With app distribution, trying to take a shortcut only leads to further delays. If your users cannot easily download and install your app, you have put up a barrier that no amount of promotion will overcome. Make sure your developer has created apps that were approved and uploaded to both systems’ app platforms.

Lesson #4: Test it until you break it, then test it again.

Standard operating procedure is that before an app goes live, you try to break it. At least, that’s the procedure at PriMedia. Our developers test it. Staffers from different departments, who are unfamiliar with the app and its features, test it. Then it is given to the client to test. They are asked to give it to their staff, and then to their customers. Features or data flows the client didn’t realize were needed are found. Bugs are found. System calculations are double checked – by hand. There’s always something, no matter how carefully the app is developed. It could be as simple as a screen not loading correctly, or as serious as data not being transmitted. Server load is calculated, recalculated, and reviewed – and we back the app up on platforms that can handle more than the estimated traffic.

Ask developers, and they will all tell you their apps are “intuitive” and “easy to use.” The apps may have been easy for the people who designed them, but that doesn’t mean they make sense to the average user. That’s one of the reasons PriMedia tests apps with staffers who didn’t work on the project. It is also why we train our clients and their representatives and offer tech support after launch. One of the bigger issues in Iowa was that the users hadn’t received training. Reports have spoken of users being told to download the app and “play around a little bit.”[1] With so much at stake, they needed more than “sink or swim” as the training method. Depending on the distribution, PriMedia offers a range of training services. If the user pool will be small, digital meetings, webinars and seminars work, whether for the end user or as “train-the-trainer” sessions. We recommend these for all management teams, with online videos, digital manuals, online and telephone help desks and more for broader use apps.

With a major undertaking like app development, monkey wrenches will get thrown. The problems can be a vital part of the process, if they are discovered during development and testing. What we are trying to get across, after creating numerous apps over the years, is that the process matters. Cutting corners on experience, distribution training, and testing is a sure way to learn some very difficult (and expensive) lessons.

PriMedia has been developing custom software, websites and mobile apps from our Long Island offices for more than 26 years. Contact us at 516-222-2041 or primediany.com to learn more about our traditional marketing and custom web development services.